Problem Set 3 Geometry Class 10 Question 1.
Four alternative answers for each of the following questions are given. Choose the correct alternative.

iii. A circle touches all sides of a parallelogram. So the parallelogram must be a __________.
(A) rectangle
(B) rhombus
(C) square
(D) trapezium
Answer: (B)
꠸ABCD is a rhombus.
Note: It cannot be square as the angles are not mentioned as 90°.

v. If two circles are touching externally, how many common tangents of them can be drawn?
(A) One
(B) Two
(C) Three
(D) Four
Answer: (C)
line l, line m and line n are the tangents. 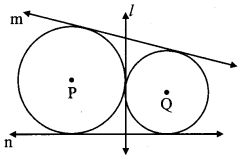 x. Seg XZ is a diameter of a circle. Point Y lies in its interior. How many of the following statements are true?
(i) It is not possible that ∠XYZ is an acute angle.
(ii) ∠XYZ can’t be a right angle.
(iii) ∠XYZ is an obtuse angle.
(iv) Can’t make a definite statement for measure of ∠XYZ.
(A) Only one
(B) Only two
(C) Only three
(D) All
Answer: (C)
x. seg XZ is the diameter.
∴ ∠XWZ is a right angle. [Angle inscribed in a semicircle]

Standard 10th Geometry Problem Set 3 Question 3.
In the adjoining figure, M is the centre of the circle and seg KL is a tangent segment. If MK = 12, KL = 63–√ ,then find
i. Radius of the circle.
ii. Measures of ∠K and ∠M.

10th Class Geometry Problem Set 3 Question 4.
In the adjoining figure, O is the centre of the circle. Seg AB, seg AC are tangent segments. Radius of the circle is r and l(AB) = r. Prove that, □ABOC is a square. 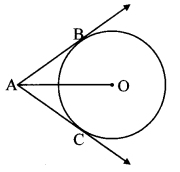 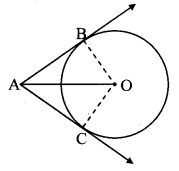 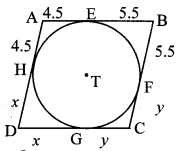 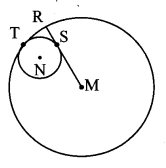 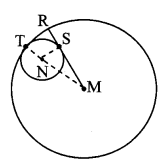 10th Std Geometry Circle Problem Set Question 7.
In the adjoining figure, circles with centres X and Y touch each other at point Z. A secant passing through Z intersects the circles at points A and B respectively. Prove that, radius XA || radius YB. Fill in the blanks and complete the proof.

Circle Problem Set 3 Question 8.
In the adjoining figure, circles with centres X and Y touch internally at point Z. Seg BZ is a chord of bigger circle and it intersects smaller circle at point A. Prove that, seg AX || seg BY.

Question 9.
In the adjoining figure, line l touches the circle with centre O at point P, Q is the midpoint of radius OP. RS is a chord through Q such that chords RS || line l. If RS = 12, find the radius of the circle.

Question 10.
In the adjoining figure, seg AB is a diameter of a circle with centre C. Line PQ is a tangent, which touches the circle at point T. Seg AP ⊥ line PQ and seg BQ ⊥ line PQ. Prove that seg CP ≅ seg CQ. 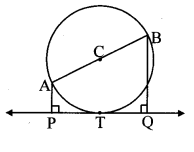 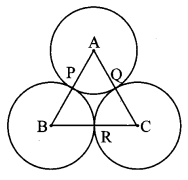 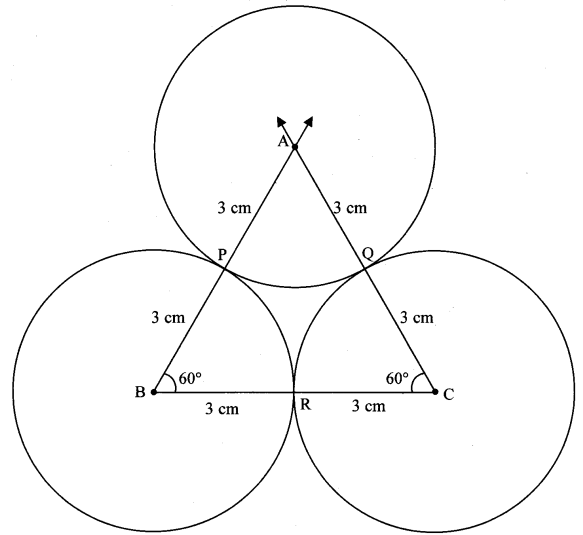 Question 12.
Prove that any three points on a circle cannot be collinear
Given: A circle with centre O.
Points A, B and C lie on the circle.
To prove: Points A, B and C are not collinear.
Proof:
OA = OB [Radii of the same circle] 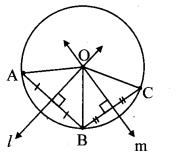 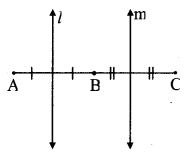 Question 13.
In the adjoining figure, line PR touches the circle at point Q. Answer the following questions with the help of the figure.
i. What is the sum of ∠TAQ and ∠TSQ?
ii. Find the angles which are congruent to ∠AQP.
iii. Which angles are congruent to ∠QTS?
iv. ∠TAS = 65°, find the measures of ∠TQS and arc TS.
v. If ∠AQP = 42° and ∠SQR = 58° find measure of ∠ATS. 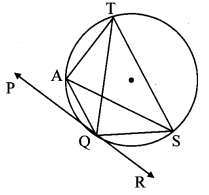 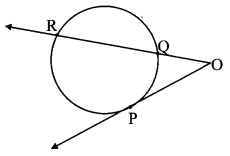 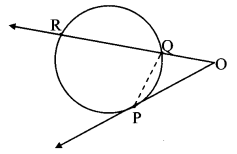 Question 20.
In the adjoining figure, seg AB is a diameter of a circle with centre O. The bisector of ∠ACB intersects the circle at point D. Prove that, seg AD ≅ seg BD. Complete the following proof by filling the blanks. 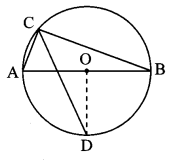 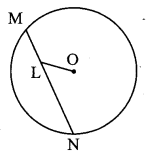 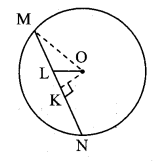 Question 22.
In the adjoining figure, two circles intersect each other at points S and R. Their common tangent PQ touches the circle at points P, Q.
Prove that, ∠PRQ + ∠PSQ = 180°. 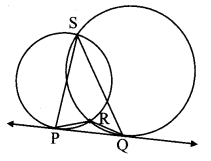 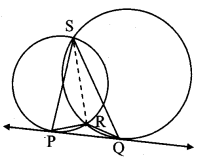 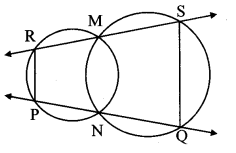 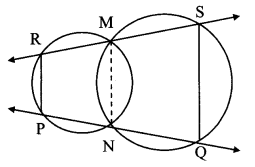 But, they are a pair of interior angles on the sarpe side of transversal RS on lines SQ and RP.
∴ seg SQ || seg RP [Interior angles test] 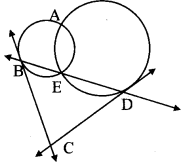 Given: Two circles intersect each other at A and E. seg BC and seg CD are the tangents to the circles.
To prove: □ABCD is cyclic.
Construction: Draw AB, AE and AD.
Proof:
[∠EBC = ∠BAE (i)
∠EDC = ∠DAE ] (ii) [Tangent secant theorem]
In ∆BCD, 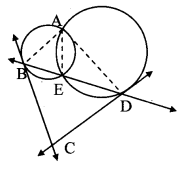 Question 25.
In the adjoining figure, seg AD ⊥ side BC, seg BE ⊥ side AC, seg CF ⊥ side AB. Point O is the orthocentre. Prove that, point O is the incentre of ∆DEF. 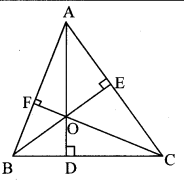 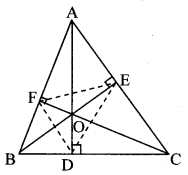